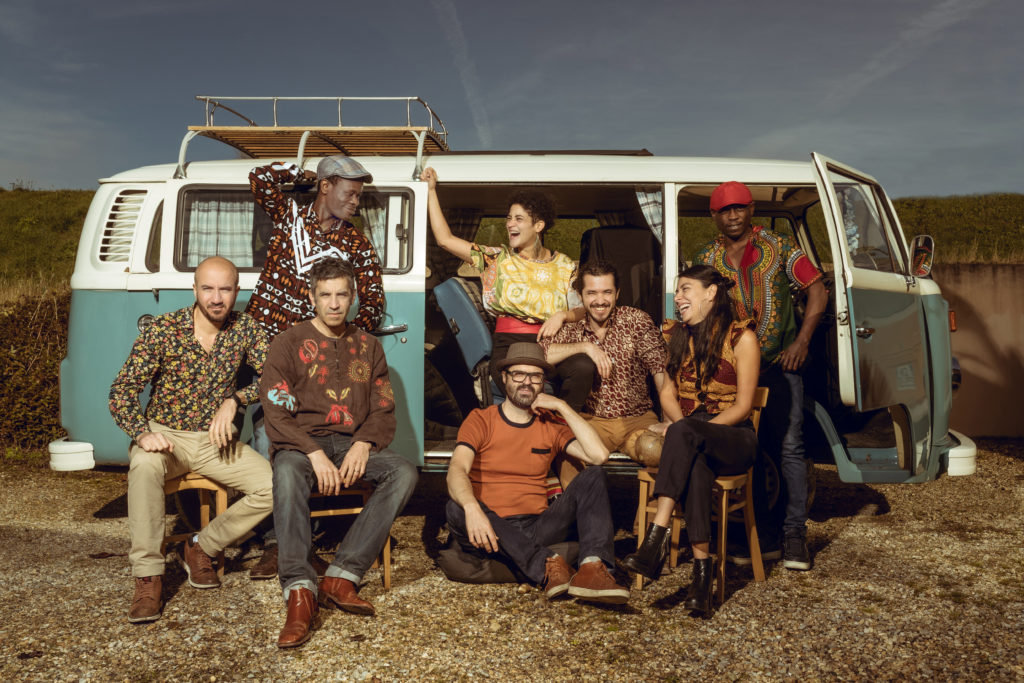 It took The Bongo Hop two albums and five years of existence to have its name established on the so called «world music» map – the afrocaribbean one in particular. Leaded by French trumpetist Etienne Sevet, this project combines Colombian and Caribbean music, with West African influences and funk-afrobeat flavor. The release of a few hits like Agua Fria, El Terron and Sonora, allowed the band to perform 120 gigs over the world, among these : Womad Spain, The Barbican London or Ariano Folk Festival, to name just a few.

Through this new LP, The Bongo Hop expands its territory taking us from an old Angolan club in Lisbon to a typical Caleñan neighborhood grocery store, from the Venice of the North to the sands of the Sahara thanks to numerous guests : the Colombian famous singer Nidia Gongora (who also sings for Quantic), the Angolan singer Paulo Flores, the Danish hip hop collective Dafuniks, the Algerian singer Souad Asia. The French groove scene is not set aside, including nice featurings with Voilaaa (the project of the multi-instrumentalist producer Patchworks) and Dowdelin (French-Caribbean project based in Lyon).

La ÑAPA is an introduction to the world of Colombian slang and daily life. It is the little extra you get from the street vendor when buying juice. It’s also the little extra rice or sugar people get when, short of money, they ask the tendero (grocer) to give them a little more than what they can pay for. It’s a reference to the recent events in Colombia and particularly Cali when the covid crisis and subsequent uprising had the city plunged into poverty and hustle. Nidia is the narrator who observes how the tendero is going crazy over people asking him for La ñapa, with humor and derision…

Be ready to burn the dancefloors !

ON TOUR / TOURNÉE : THE BONGO HOP