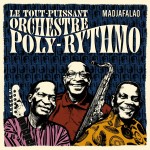 The legendary Tout-Puissant Orchestre Poly-Rythmo of Cotonou is much more than just a music band in Benin and Western African countries, it is like a banner. After the release of their last album “Madjafalao” at Because Music in 2016, and successful tours at Fall 2016, Spring 2017 and Spring 2018, the famous orchestra will be back on tour at Spring/Summer 2020 with a… Read more → 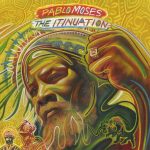 The singer with the velvet voice is one of these living legends who have made the golden age of the Jamaican reggae music. Rebel and revolutionary, Rastafarian in the strict sense, he is influenced by the biggest thinkers of the black consciousness as Marcus Garvey, Marthin Luther King or Steve Biko, and his texts reflect his social and political concerns. When he arrived to Kingston, Pablo… Read more → 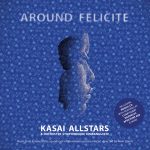 Deeply impressed by the music of Congolese collective Kasai Allstars, French-Senegalese director Alain Gomis drew inspiration from their music, and from the voice and character of their singer Muambuyi to write and direct his new fiction movie, entitled “Félicité“. The film’s eponymous protagonist is a proud, free-willed woman who sets out on a breakneck race through the streets of electric… Read more → 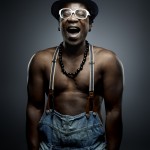 BLICK BASSY chosen as the music of Apple’s worldwide campaign for iPhone 6 !

The track « Kiki » out of the new album « Akö » released at Spring 2015 was chosen as the music for Apple’s new worldwide campaign for iPhone 6 !   Read more → 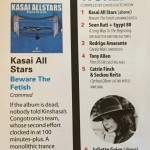 We are very proud to announce the launch of Tour Makers, an independent European booking agency, dedicated to the service of the artists and their producers ! Our main advantage is our ability to book tours at the European level, rather global than territorial, allowing a real coherence when it comes to develop the European market. Our strong relationship with… Read more →